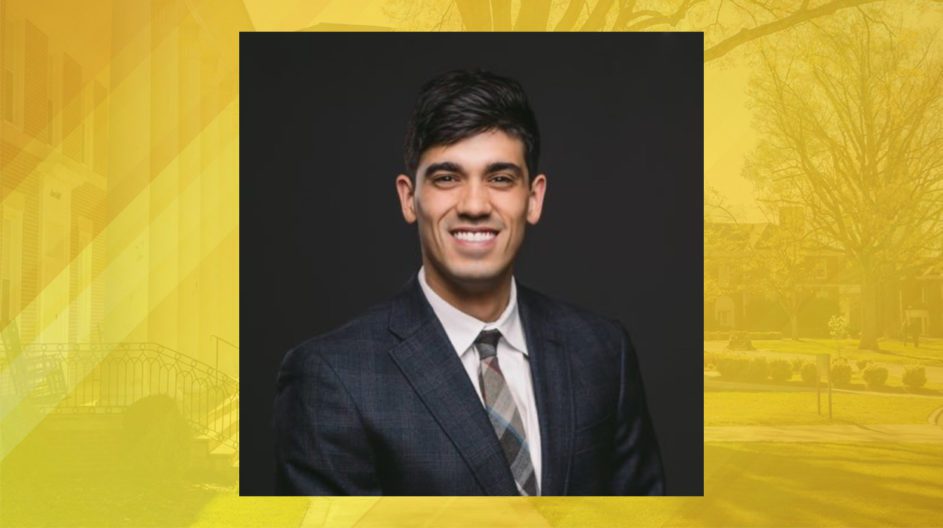 On Oct. 27, The Local Room, a gastropub in Locust, N.C., will have been in business for two years. Jimmy Molina ’14, ’16 MBA ’19 MSL  — one of the establishment’s three founding partners and the recipient of Pfeiffer University’s 2022 Presidential Merit Award  — is in a celebratory mood.

“It’s mind-blowing to think we’ve had that kind of success,” he said. “The support of the community has been unbelievable. Before The Local Room came along, residents in Stanly County had to travel to Charlotte for a high-end dining experience; now, they can have one in their backyard.”

Molina believes The Local Room got off the ground at the just the right time: Because of the COVID-19 pandemic, people were tired of being home and wanted to dine out in a safe environment (for a time, the restaurant enabled social distancing among diners by restricting patronage to 140 people, as opposed to a full capacity of 284). In addition, “everyone wanted to support small businesses,” he said.

Molina knows the favor that he and partners Matthew Harris and Matthew Klepp have found among certain diners in Stanly County will last only if “we’re figuring out how to get better.”

One way to get better has been to keep changing things up. The Local Room’s menu seldom stays the same for long, having featured such mouth-watering items as fire-roasted salmon and bacon-and-barbeque scallops.

Another way to improve is to keep being busiess-savvy. Molina thinks that restaurants often go under because they are not really treated as businesses but as showcases for people who love to cook. He remains vigilant about keeping costs under control and carefully managing the business operations.

When Molina got The Local Room off the ground, he was a banker by day. He still is, having joined Ameris Bank as a commercial banker this past May. Before that, he worked as a VP Commercial Lending Officer at Community First Bank – SC. At Community First, he was working with small businesses with annual revenues of $2 million or less. At Ameris, by contrast, he’s a commercial lender for businesses with revenues between $5 million and more than $50 million, helping them secure financing for things like the purchase of real estate or the acquisition of other companies.

“I made the change of employers so I can keep growing and I can keep learning,” Molina said. “I’ve made connections with people who can teach me a lot of things that I have never done before.”

Molina, 28, will receive Pfeiffer’s Presidential Merit Award, presented to alumni under 35 years of age who have excelled early in their careers and show potential for continued success, on October 1, 2022, as a part of Pfeiffer’s Homecoming festivities. He credits much of where he is today with a willingness to take on new challenges, including those offered via multiple Pfeiffer-arranged internships that, ultimately, helped open doors.

Ways to pay it forward occupy much of his attention today, beyond what he has already done for business development in Stanly County — which also includes establishing The Brew Room this past May. The Brew Room, also in Locust, is just a few minutes away from The Local Room.

“Eventually I would love to create a partnership with Pfeiffer where I could provide internship opportunities because that’s how I started,” he said. “Also, at some point, I’d like to teach a class at Pfeiffer where I could share certain tactics and problem-solving strategies that would benefit future entrepreneurs.”