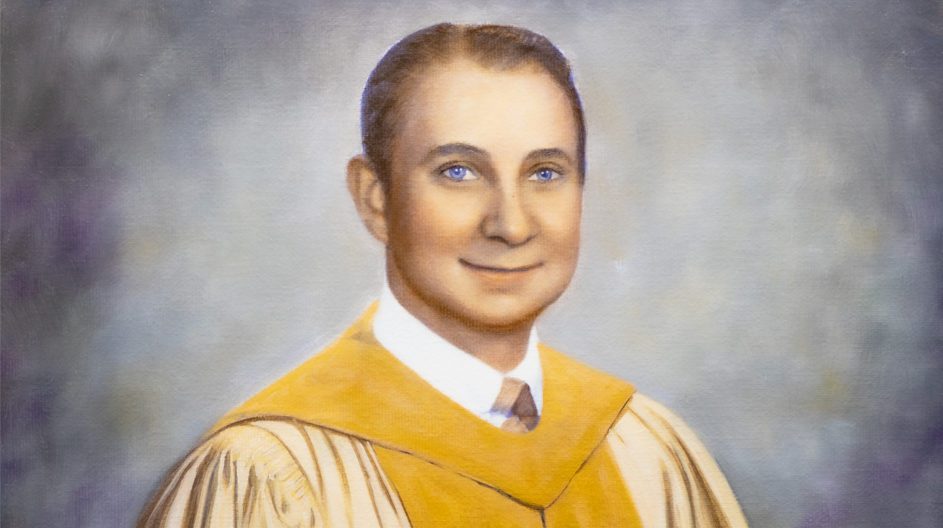 It is with great sadness that Pfeiffer University announces the death on Jan. 22 of Dr. Jack J. Early, its President from 1969 to 1971. He was 96 and living in Louisville, KY.

While at Pfeiffer, Early oversaw the construction of the Merner Health and Physical Education Center. He was also credited with improving communication between the student body and Pfeiffer’s administrators and faculty. During his Pfeiffer tenure, students began serving on every faculty committee, and the President of the Student Government Association became a non-voting member of the College’s Board of Trustees.

“Pfeiffer mourns the loss of this important figure in our institutional history. As I walk by his portrait every morning on the way to my office, I recall and am challenged by Early’s commitment to academic excellence, vibrant campus ministries, and his accomplishment of building a first-rate facility for our winter sports in the late 1960s. His service to Pfeiffer and his lifelong dedication to United Methodist-related higher education will always be remembered, and will always inspire us,” said Pfeiffer President Scott Bullard.

Early held several advanced degrees, including an Ed.D. degree from the University of Kentucky and a B.D. degree in religious education from Lexington Theological Seminary. A lifelong Methodist, he became an ordained minister in 1954, but he began preaching as a high school student.

Early was preceded in death by Nancye Whaley Early, his wife of 64 years. He is survived by several daughters, sons-in-law, grandchildren, and great-grandson.

In lieu of flowers, Early’s family members are asking that donations be made to “Early” scholarships established at the following schools:

A memorial service for Early will be held at 1:00 p.m. on Saturday, February 5th at Pearson Funeral Home, 149 Breckenridge Lane in Louisville, with visitation beginning an hour earlier.