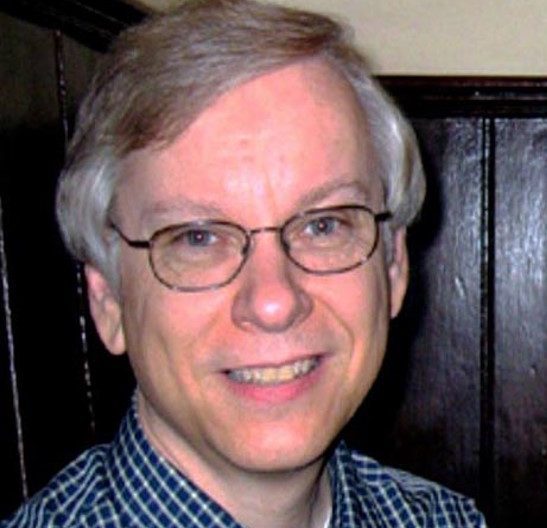 A Well-Received Novella to Evolve Across North Carolina

Jim Gulledge ’79, author of A Poor Man’s Supper, calls the novella “a mountain ballad in prose” that unfolds in the rugged North Carolina mountains of Appalachia during the 1880s.

The 2017 book, which Gulledge now views as the first installment in a projected three-part work he’s writing, carries the readers through a love triangle and a love gone wrong. Main character Vancie Keller is a young woman who is trying to survive on her mother’s failing farm. She finds the course of her life is altered after two men, Josiah Buckland and Jagger Hill, settle in a nearby town. The lives of Keller, Buckland and Hill collide in climactic encounters in a multi-layered tale that is influenced by Roman and Greek mythology and by the theology of Gulledge’s Christian faith.

Writing A Poor Man’s Supper “was satisfying,” said Gulledge, who also serves as Pfeiffer University’s Director of Academic Support Services and as an Assistant Professor of Development Studies. “I never saw it as anything more than a hobby, but it’s been a fulfilling hobby.”

And it has been a hobby that keeps on giving. Gulledge has just completed Peachland, the second installment in the longer three-part book he hopes to write and publish. Peachland is set from the 1910s through the 1930s in the Anson County, N.C. town of the same name, in an area where many of Gulledge’s ancestors settled and lived for generations.

If Gulledge finds a publisher for Peachland, it will be combined with A Poor Man’s Supper in a book titled Green Forest, Red Earth. Joshua Cross, an Associate Professor of Art at Pfeiffer, is creating conceptual drawings for the book’s cover.

Gulledge expects that the experience of reading these two installments in succession will be a bit disorienting: “Where did all of those people from A Poor Man’s Supper go and who are these new people in Peachland?” He stressed that there are connections between the two installments but that it takes some time for them to come into focus.

“I’m playing with the concept of memory,” he said. “I believe that most Americans know very little about their heritage. I also believe that we are influenced by things in the past, that the table was set for us in the past, often in ways that we may not consciously understand.”

A case in point is the brother of Gulledge’s maternal grandmother. He returned home from World War I, jumped in a pond to swim, and drowned. It wasn’t until Gulledge was 40 that he understood why both his grandmother and his mother recoiled in terror whenever they came near water where he and his friends might swim.

In Peachland, Gulledge reimagines a similar story that does not result in the drowning of a principal character but in a happier, more redemptive ending for him following a violent and dark journey.

“I found it to be so inconceivably wrong that somebody would survive mustard gas, trench warfare, disease and transatlantic passages and then come home and drown in a pond,” Gulledge said. “So, I created a story in which, ultimately, things turn out differently.”

The third installment will be set during the 1970s and 1980s in North Carolina’s coastal region, and it will be connected to the installments that preceded it. It will round out a book titled Green Forest, Red Earth, Blue Sea.

“What I’m doing is trying to go from the mountains to the sea,” Gulledge said. “That’s a big thing for North Carolinians. We see our state as three zones: mountains, Piedmont, and coastal plains. My hope is that the final novel will drive that idea home in memorable fashion.”